Below are my submissions for the World's Fair Art Show. I took old whisky bottles, boiled them, peeled the labels, and made my own old-tymie labels. I did my best to make them somewhat reminiscent of old times, but still have my own personal touch. Each bottle is named after or in some way connected to someone or something in my life. Some are inspired my things domestic (like Newton's Snake Oil named after my Joannie). And some are inspired by wanderlust (like the Hobo Fuel). And then some are inspired by people and places I've known internationally (like Victor Vovc, a brilliant Moldovan doctor who I used to work with). All labels were drawn and colored by hand on sticker paper. The photos don't really do them justice. There is attention to detail that can only be observed properly if you're close enough to fog them with your breath. So come on out tomorrow to the Fair! 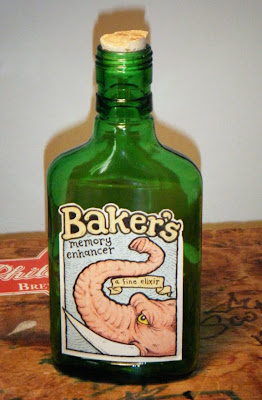 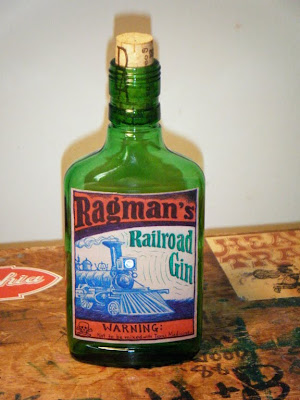 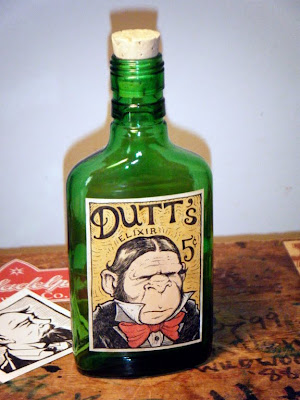 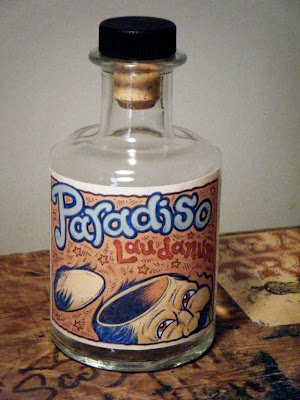 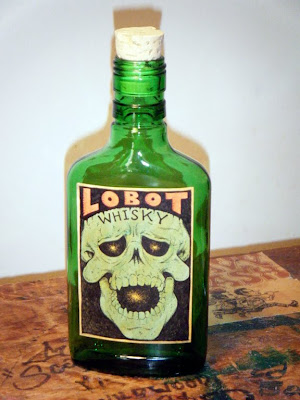 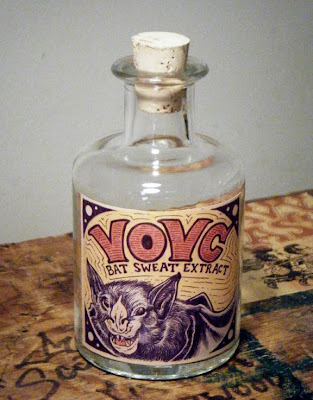 Jeffro- We (meaning everyone who attended the World's Fair Art Show) loved your vintage inspired bottles! Patch and I were both enamored by the bat bottle... so we purchased it and it's going to live happily on our living room bookshelf. We missed you so much on Friday night, but as Patchell said, having your tunes in the background made it feel almost as if you were there. Wonderful mix! Actually, the second I walked into the room 'When You Wish Upon A Star' started playing... I nearly cried, I was so happy. Thanks for everything!

Thanx, Melissa. I was kicking myself that I couldn't go. Glad Joannie made it and had a great time though. Glad you liked the music too!