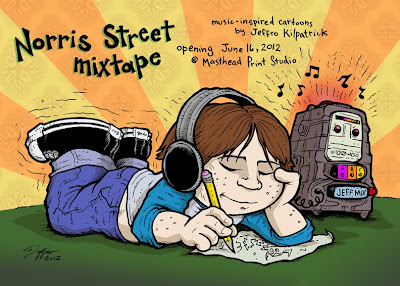 The opening show at Masthead came and went on Saturday. A bunch of old friends and family, and some new friends were nice enough to come out and hang out. Joannie and her kids came. My old friend Marvin (a great artist in his own right) snatched a few of my pieces. As a matter of fact, quite a few attendees got art and prints at the show. It was a great feeling to feel that support. I'd like to thank Shawn Hileman, the curator and owner of Masthead. I would also like to thank Narragansett Beer for donating my lunch and dinner on Saturday (and everyone else's libation as well).

The Norris Street MixTape show will hang until July 7, 2012, when the gallery will host a closing party. If you missed the opening and would still like to see the work, that'd be a great day to hang out. Also, you can get in touch with Shawn in the meantime to see other days the gallery would be open. Below are some more pieces that hung in the show...

Inspired by ALL of the amazing music of Screamin' Jay Hawkins:

Inspired by Kris Kristofferson's "Just The Other Side Of Nowhere": 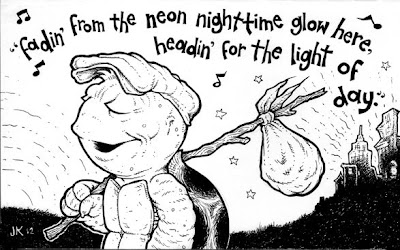 This is inspired by Tom Waits' song "Underground" 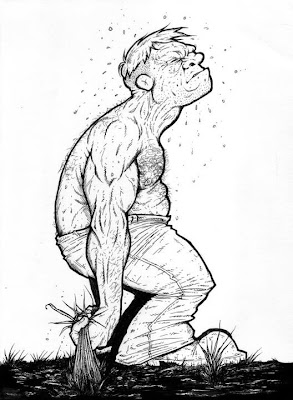 Color version of the E.L.O. inspired piece that started this whole series of work: 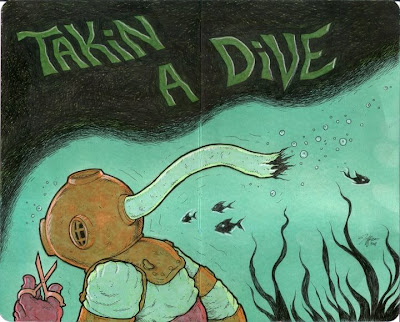 Inspired by a Bob Dylan lyric: "Pickin' Up Angel" 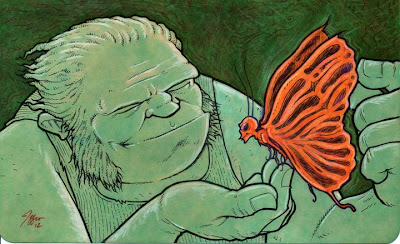 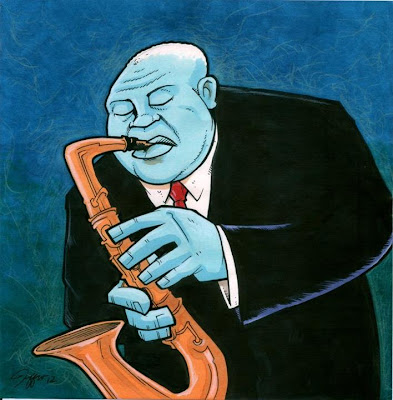 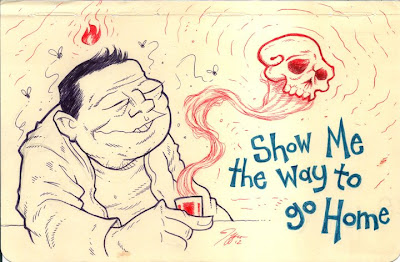 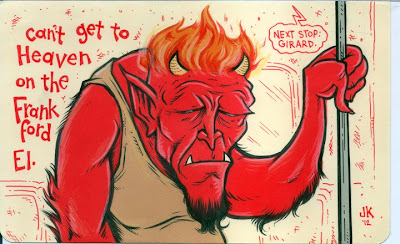 Inspired by Eric B & Rakim's "In The Ghetto" 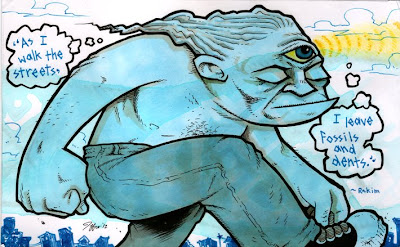 Inspired by the music of Jay Reatard, drawn while listening to him live: 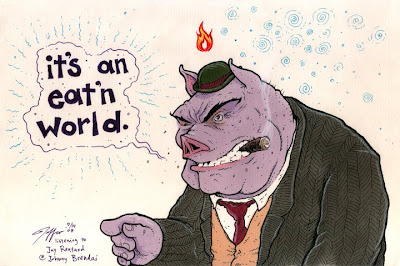 Inspired by Nina Simone's version of "Don't Let Me Be Misunderstood": 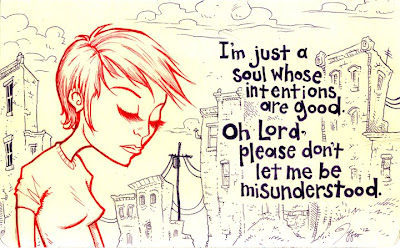 ...My Dad bought this one. Aw shucks.
Inspired by the art and music of Daniel Johnston: 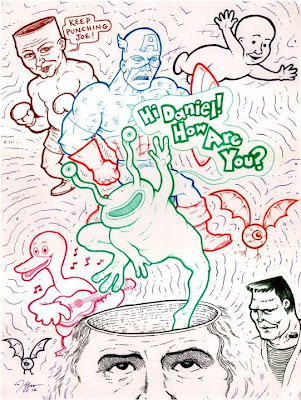 Inspired by the Kinks' "Complicated Life": 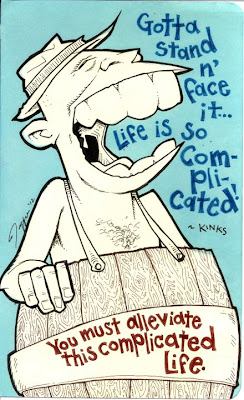 Inspired by a song Jackie Cooper was singing in the 1931 movie "The Champ": 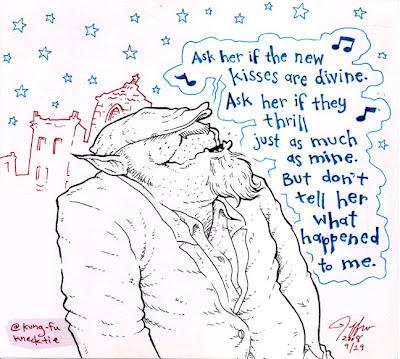 Inspired by my buddy Sam Heimer and our mutual love for the Kinks' song "Alcohol": 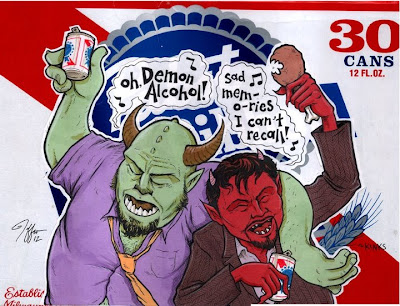 Posted by Jeffro at 1:33 PM No comments: 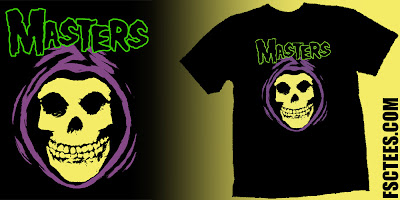 My Misfits/Skeletor parody shirt will be up for sale on FSC Tees all week until June 24, 2012. If you're into the 80's nostalgia, cartoon, fan art stuff, check it out by CLICKING HERE. FSC sells their shirts for $15, but that also includes shipping costs.

Originally, the image came from a shirt I was designing for my friend Nick Mil. His pool team, "The Misfits" just won a tournament and will be going to Vegas for another tournament this summer as a result. With my brush pen, I redrew the standard Misfits skull (but left in the missing teeth). A few people told me that was stupid, that I should have just swiped it from the internet, because the logo itself is basically a photocopy of the face from this old Crimson Ghost serial poster. But I wanted something high resolution. After that, I just put 8-Balls over the eyes to somehow relate the concept to billiards. 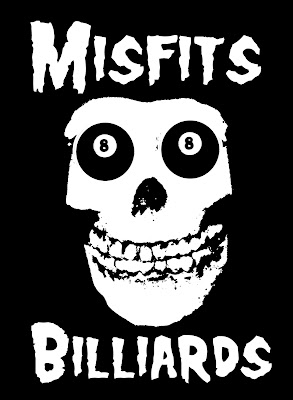 After Nick's shirt was done, I started monkeying with the drawing, and for kicks I made it a Skeletor parody with the colors. I was amazed it got picked up as a shirt, but I am also happy now that I recycled the image. It was a happy accident. 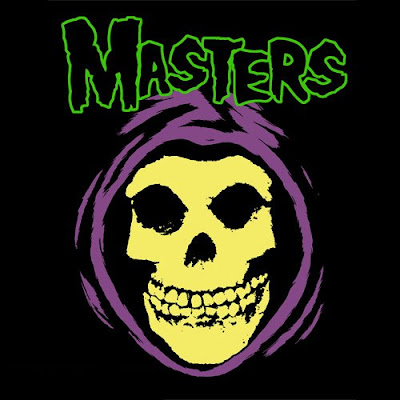