Sketches of Fishtown # 82 (with help from Erin Crowley) 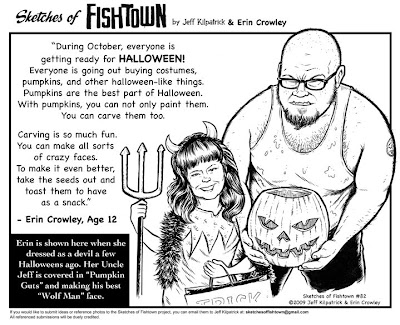 Thanks to my little niece Erin (I sometimes call her "E-Bomb") for writing the words for this week's issue. Erin is also becoming a really great artist in her own rite. I can't wait to see how her work grows over time. She is so smart and creative!
Posted by Jeffro at 11:44 AM No comments: 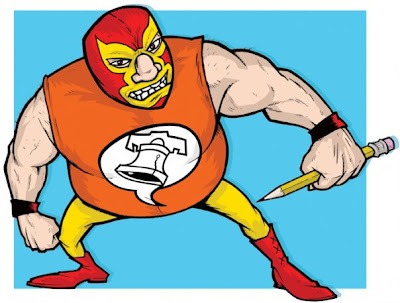 The Philadelphia Cartoonist Society will be holding their monthly PICTIONARY night on Monday, October 26, 2009 at Bob & Barbara's Lounge (1509 South Street in Philly) starting about 9:30 PM.
Teams of 3 or 4 will sign up and play each other all night in a one and done tournament. The winner of every round gets a special (Can of PBR and a shot of Jim Beam) for each member of their team. The team left standing at the end of the night gets to play against members of the Philadelphia Cartoonist Society. If, by some miracle, your team beats the PCS, you'll receive yet another round of specials and a prize pack to split up amongst your team.
Generally, I host the tournament each month as an impartial judge. This month, I'm stepping down from judging so I can have some fun and play on the PCS team at the end of the night. So folks coming to play better come strong.  I act like a nice fella, but you don't want to be on the other side of the Pictionary board from me.
Posted by Jeffro at 7:40 PM No comments: 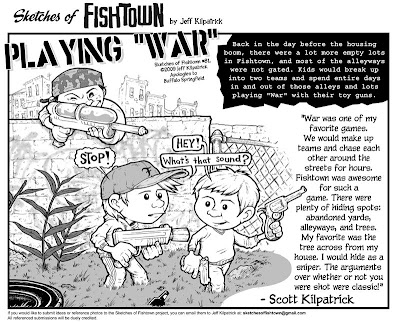 Special thanks to my brother Scott for the quote this week.
Posted by Jeffro at 6:56 PM No comments:

Recently, I decorated a replica of the "Cow Parade" statues from Chicago for a friend's gal's birthday present. It was one of the most challenging surfaces I ever had to draw on, given the contour of the surface and the fact that the ink never really dried until I sealed it. Aside from a tiny bit of paint, the entire job was done with colored Micron pens. My friend's lady is a teacher. So we decided to have one side of the cow have a theme of school and the other side have a theme of summer. I am glad I took on a little project like this. It reminds me that sometimes big challenges come in small jobs. All in all, it was a really fun project. My buddy asked me to sign the piece with the pen name, "Jeff Cowpatrick". 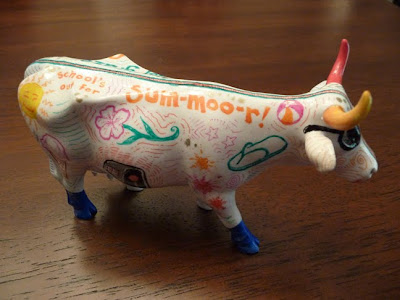 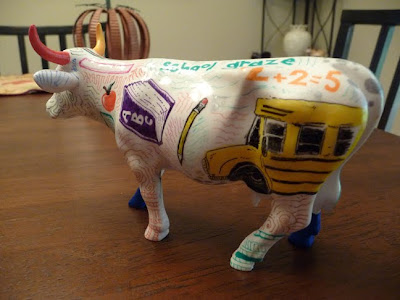 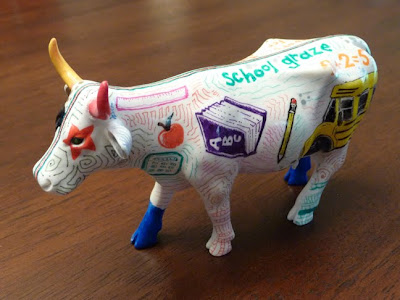 Posted by Jeffro at 8:46 AM No comments: 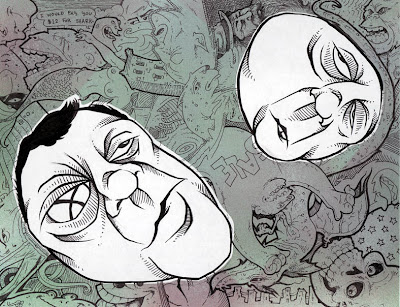 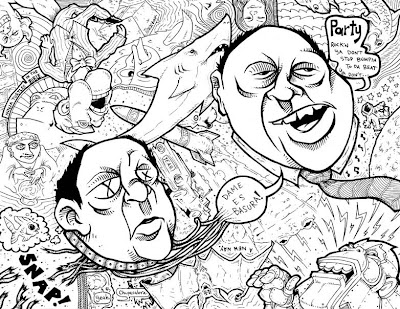 A few years back, I did these "Jam" drawings with my cousin Sean (sticker artist Mr. G). Sean is one of my favorite people to work alongside. He is all heart, and he has a confident hand. The guy can throw some ink. It's been a while since I've seen these. I found them saved in a folder from my Dad's old computer. I forget sometimes how playful you can be with cartoons. Some days, I get too roped into structure and purpose. It's not only fun, but integral to the craft, to unwind sometimes and aimlessly follow your line until you fill a page. It's good exercise and it brings me back to the joy of drawing from when I was a kid - that age of discovery before I got locked into any style.

With these drawings, I used just a 01 Micron Pen. No pencil or even idea of what I was going to draw. I was just following my line and filling up space as I went. I built my drawings in response to the heads he drew on sticker paper. The colored piece has a layer of soft spray paint underneath. When I do things like this, mixing art and family, it really makes me feel like life is swell.
Posted by Jeffro at 10:55 AM No comments: 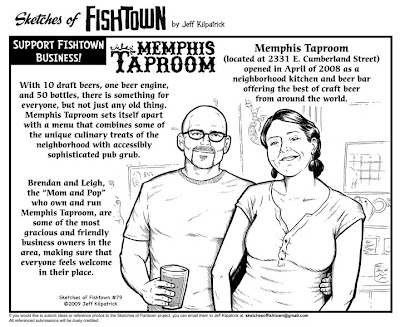 This drawing of the shack I did without using any pencils. In order to show the "chewed-up" look of the structure, I wanted a more shaky line quality. Drawing the weeds took a really long time. Luckily, I drank four cups of coffee while drawing, so that helped fuel all that Micron 01 scumbled line work. I'd love some more information about this little place if anyone knows anything about it. 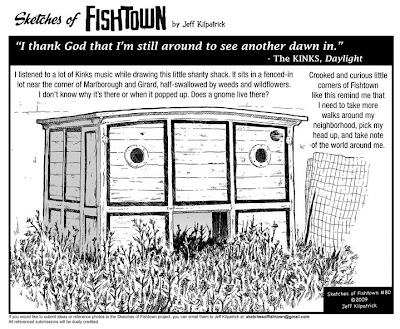 Posted by Jeffro at 8:25 AM No comments: 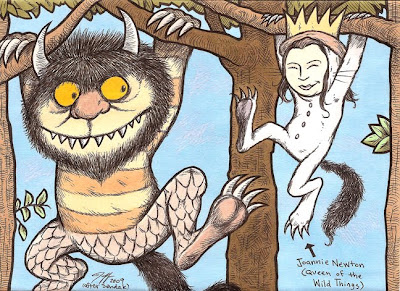 Anybody who's ever spoken to me knows what a big influence Maurice Sendak has on my work. Ever since my Dad read "Where the Wild Things Are" to me as a boy, I've been mesmerized by Sendak's work. We are very lucky to have the Rosenbach Museum here in Philly, because they always have something of Sendak's on display.

Sendak's work has a perfect blend of the joys and fears of childhood. His line work is calculated but also playful. I know a lot of people are skeptical about Spike Jonez' film adaptation of "Where the Wild Things Are" coming out next week, but I am very hopeful. So far, all of the music videos Jonez directed have been visually brilliant. Also, "Being John Malkovich" and "Adaptation" were two films that were catered perfectly to my taste.

So this week's envelope for Joannie was a tribute to Sendak's book that carried such a profound influence on my work. It's a blatant ripoff, but I had fun drawing it. I rip Sendak off a lot. Joannie is going with me next week to take my neice to the film.
Posted by Jeffro at 8:31 AM No comments: