ArtUnleashed 2012 Submission - "How Deep is the Ocean?" 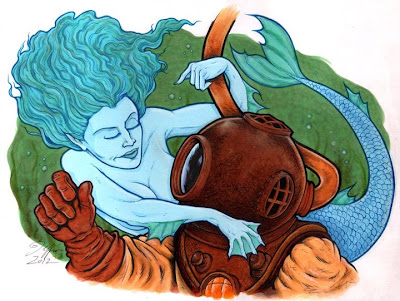 If you were to do a search of the word "Mermaid" on this blog, you would see that I have done several variations on this theme and image. This actual image is a recreation of an envelope I drew for Joannie back in 2009, except much much larger. This piece is 14"x11". I used different colored inks, markers, and colored pencils on 98lb Mix Media paper.

Initially, the seed of this idea came from a sketchbook drawing by one of my favorite artists - Heinrich Kley. I can't find a good version of the image online, but click here to see a small one. The idea of the deep sea diver fascinates me. Something about walking the floor of the murky depths, being alone out there, but still being tied to home. It's romantic to me.

Once again, music has played a part in my work here. This piece is entitled, "How Deep is the Ocean", named after an Irving Berlin song. I love Billie Holiday's version. But lately, I have been loving the version by Doc Cheatham and Nicholas Payton. I am pretty sure that album was Doc Cheatham's last. He was so awesome.

Anyway, this piece will be on display and for sale at this year's ArtUnleashed event, a fundraiser for the University of the Arts. I have been teaching at UArts in different capacities for several years now. I have also been working full-time for the past year in the Advancement office, working to raise funds for the school. It was an honor to be asked to be in the show. My work will hang on the walls with Arnie Roth. There will also bee a nice group of friends participating in the show, like Chris Patchell, Kyle Margiotta, Christine Larsen, and Paul Palcko. I am really looking forward to the event.
Posted by Jeffro at 8:23 AM 3 comments:

"Chemistry is Fun" shirt to be the first shirt on new TeeBusters site - Friday, March 30 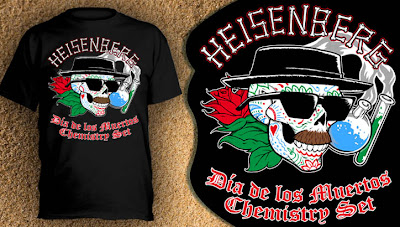 Tomorrow, a new t-shirt site called "TeeBusters" is launching. I am happy to report that my shirt will be the first one for sale. "Chemistry is Fun" is a design inspired by the show "Breaking Bad". I think the show is really well-written and has awesome character development.

Anyways, it'll be up on the site tomorrow. Feel free to check out the site if you like: TeeBusters!
Posted by Jeffro at 7:37 AM 1 comment:

Mythology and the Forgotten Gods Show - Tonight at Phantom Hand

TONIGHT and the next few weeks, Phantom Hand (located at 6th & South in Philly) will be hosting "Mythology and the Forgotten Gods", a group art show curated by Anthony Pedro. It's a great show with an awesome group of local artists. Please see the showcard below. 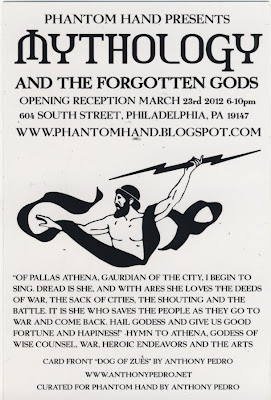 Here is my Minotaur piece for the show. I drew it with a borrowed pencil at Bob & Barbara's listening to Kelvin, Rich, and Lucky during Wednesday's jam session. I was lucky to sit alongside fellow cartoonists James Kaminski and Michelle Miller with the legendary Bob Dix behind the bar. I finished the inks at the bar, but a swarm of Wharton students came in around 10:45 and grossed the place up. So I had to finish the colors on my lunch hour yesterday at Paolo's Pizza on Pine Street. 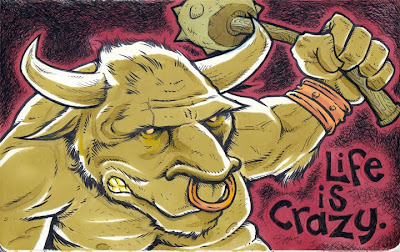 Tonight's show will be especially celebratory, because we found out this week that Phantom Hand has been granted an extension in the gallery space for being an 'exemplary member' of the Arts on South program. We will now be in our current location regaling you with art and assorted hand-made sundries and occasional free beer and baked-goods until mid-August.
Posted by Jeffro at 6:39 AM No comments: 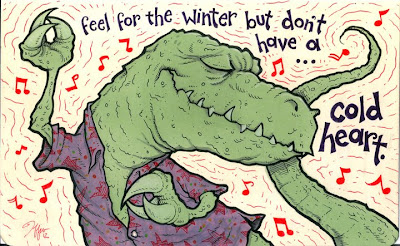 Another piece for the Masthead show in June. This one is kind of a dedication to my lady Joannie and her family. I drew most of it at the kitchen table when hanging out with her and her sister and their friend. I finished the inks and colors in McGlinchy's Bar. It's based on Little River Band's "Lady".

I don't know what it is about this song, but they must have played it when they were kids at a really happy time in their lives. Every time it comes on at a party, everyone in their family stops what they're doing and sings along - Joannie's Mom, her Dad, all of her sisters. They LOVE this song. I didn't really know this when I was growing up, but I like it. It makes me realize how you can tie music to certain memories. It also makes me realize how important music can be in affecting people's emotions.

Masthead is an awesome gallery and print studio, run by Shawn Hilemen. It's a really great space located at 340 Brown Street (near the corner of 4th & Brown) in Northern Liberties. http://mastheadprintstudio.com/
Posted by Jeffro at 1:44 PM No comments:

Norris Street MixTape: "The Beast In Me" 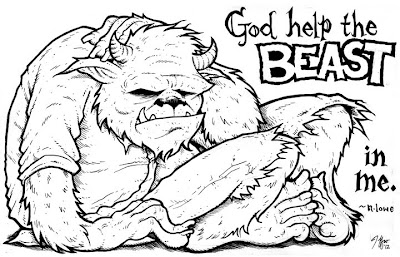 On June 16, I have an opening for an art show based entirely on some of my favorite songs and song lyrics. Music is a huge part of my cartooning. I would have to admit that I get a lot more inspiration from music than I do visual art - because I can draw and listen to music at the same time. It gives my hand a rhythm. I hope to have at least 30 pieces in the show. There will also be limited edition screen print and giclee prints for sale. Plus I will be giving away free crazy mixed CDs with each purchase. I will post progress on these pieces through these coming months. I want to keep the originals fairly small in size, so the art is affordable to working class people. 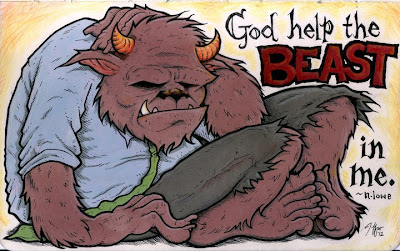 The working title of the show is called "Norris Street MixTape". My Dad always had music on in our house when I was a kid. So I figure this all starts there on Norris Street. This is the first piece I started for it, but I am going to add color, and I will probably turn it into a large screen print to sell at the show. I drew it in my Moleskine. It's based on Nick Lowe's awesome song, "The Beast In Me", which he wrote for his then father-in-law Johnny Cash. Cash recorded it on his first album with Rick Rubin, "American Recordings". That is hands-down the best version of the song. It's my favorite Johnny Cash song.

Masthead is an awesome gallery and print studio, run by Shawn Hilemen. It's a really great space located at 340 Brown Street (near the corner of 4th & Brown) in Northern Liberties. http://mastheadprintstudio.com/

Posted by Jeffro at 1:24 PM No comments: 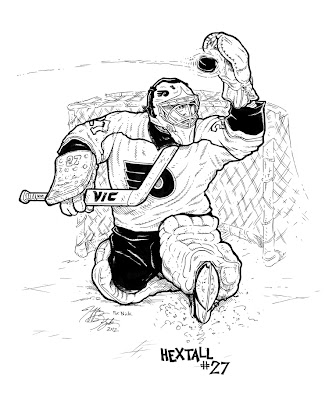 Drawing for my nephew, "Famous" Nick's 13th birthday - his all-time hero, Ron Hextall. Nick wears Hextall's number. A couple years back I had the privilege of designing the logo for his hockey team's jersey: 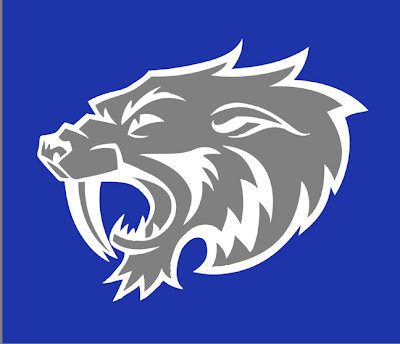 Happy birthday, brother!
Posted by Jeffro at 4:46 AM No comments: