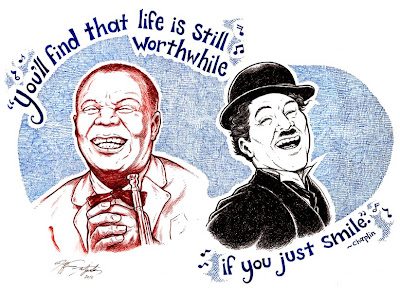 I'm going to the Mann tonight with Joannie to see Tony Bennett live. I'm really looking forward to the show. I recently watched a documentary on him on PBS, and he seems like he still is great in concert. The more I find out about him, the more I like him. I've always been a fan of his music, but I only recently found out he was a really good painter and also was a civil rights advocate in the 1960's.

I know the chances are slim, but I am taking a drawing tonight I made for him. I'm going to try to hand it off to a stagehand or someone at the Mann to hopefully relay it to him. The drawing is of two people who are heroes to Tony and myself. Louis Armstrong and Charlie Chaplin are artists who had really hard upbringings, but tried very hard throughout their lives to make people happy. Chaplin wrote the song, "Smile," which is my favorite song of all time. Tony Bennett sings my favorite version of the song. Louis "Satchmo" Armstrong is also a profound influence on my work. I've seen Tony Bennett talk about Satchmo in documentaries about how much respect he has for him.

Even if I don't get the art in Tony's hands, I'm still happy I took the time to make this piece. If I had a Mount Rushmore of artists, Chaplin and Satchmo would both be on it.
Posted by Jeffro at 12:14 PM 1 comment: 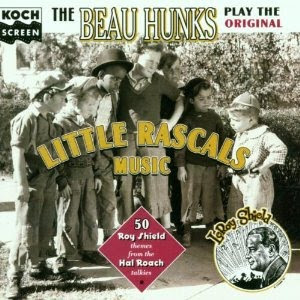 Many years ago when I was still in school, I bought this CD - "The Beau Hunks Play the Original Little Rascals Music: 50 Roy Shield Themes from the Hal Roach Talkies". This group did a really good job recreating the music from those shorts. I was listening to it today while drawing and put it on repeat when it was over. 50 tracks of old tymie awesomeness.
When drawing, I like to play different music for different kinds of images. I used to love to watch these old tymie Little Rascals shorts when I was a kid and still do. A lot of the things that inspire me come from the time of my grandparents for some reason. I like all kinds of art, movies and music, depending on what kind of day I'm having and what kind of mood I'm in. Even the weather affects my taste. But it seems I come back to this era more than anything else when it comes to inspiration. I'd like to use the cliché that things were simpler back then, but they really weren't. Those were hard times. I'm really not sure why I feel at home with the taste of that era.
Posted by Jeffro at 6:56 PM No comments:

Two Books That Inspire Me To Keep Drawing... 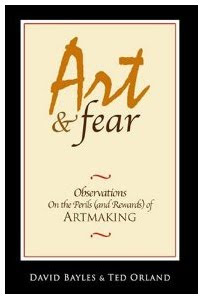 "Art & Fear: Observations On the Perils (and Rewards) of Artmaking" by David Bayles & Ted Orland is a book that was recommended to me by Christian Patchell. It's an easy read, and I find it very inspirational. I often rebuy it, but never have a copy (because I always pass it on to someone else). There is a great quote in the book: "Vision is always ahead of execution...and it should be." The idea that the vision in my head is always perfect and never matched by the output on the paper - that may sound discouraging at first. But it's always true. The work you make can never live up to the work you dream up. If you did, why continue to draw? This book is a great pep talk about making art, and it gives an artist a sigh of relief, telling you that there is something to be learned from everything you make, even the mistakes. It also says that every piece of art is just a springboard in some way to the art you will make next. I love this book. 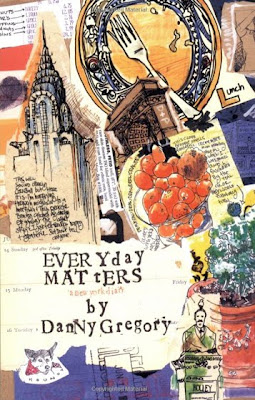 "Everyday Matters" by Danny Gregory is another book I really love. The author never started drawing until his wife had a crippling accident. So art was his form of coping and keeping his sanity. His drawings are wiggly and crooked, but very personal and beautiful in their own way. He talks a lot about how the art he makes is his own, even if it is not perfect. He uses art as a way to look at the world differently, a way to appreciate things in everyday life that might usually be overlooked. This is also a very touching and inspirational book that often motivates me to draw.
Posted by Jeffro at 6:19 PM 2 comments:

I just wanted to take a minute and tip my hat to Pete, Colleen, Raph, Andrea, , Steve, and Brett for doing "24-Hour Comic Day" this year and to Atomic City Comics on South Street for hosting the event. Basically, the artists stay up for 24 hours straight and make a 24 page comic. No work is allowed to be done on the book beforehand. It all has to take place within that 24 hour period. It's a crazy amount of work, but a lot of fun. I stopped in to say hi after work at 3 AM, and I really wished I could have taken part this year. I haven't done a 24-hour comic since 2002. 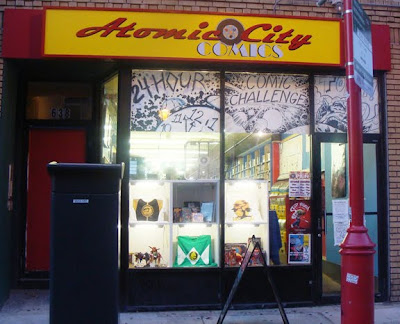 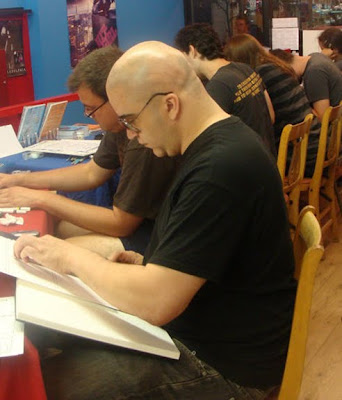 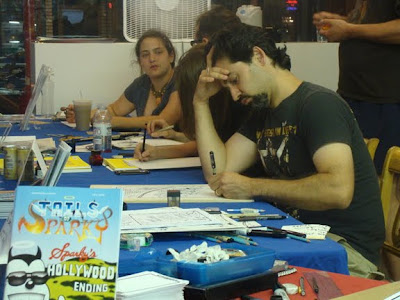 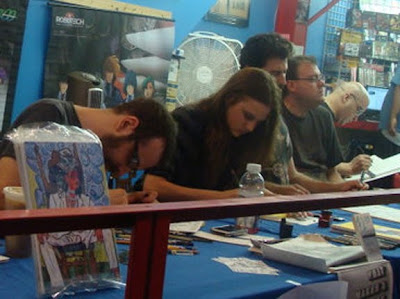 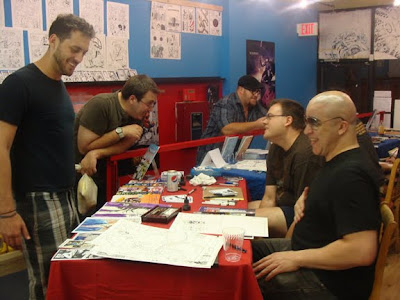 This summer, I have been teaching at University of the Arts' Pre- College Summer Institute. I was asked to teach two Illustration classes. In my opinion, it's been one of the best courses I've taught. The students created custom logos, spot illustrations, and gig posters using traditional and digital illustration techniques. I am really impressed with the students in this program. Not only are they electing for more school in the summer, but they come to work.

Working with these students has made my summer. Their ambition and work ethic is inspiring. I find myself energized when I come home to sit right down at the desk and draw or take my sketchbook out to a park. These classes have been a great reminder of why I love to teach and why I love to make art. 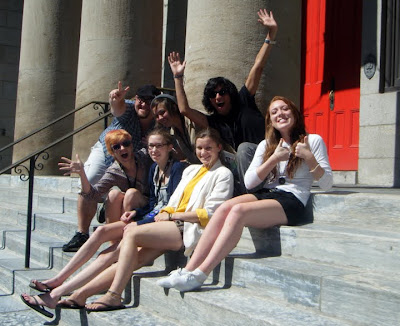 Here are links to some of their Art Blogs...